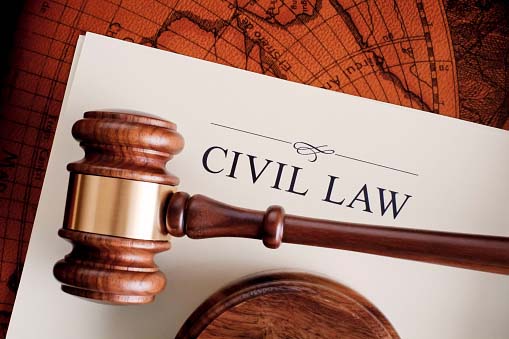 We have over a decade worth of royal expertise in catering litigation services to the needs of all the clients in any matter before the respective Courts. Keeping in mind the top priority as clients and their well-being, we try to minimize litigation measures as much as possible so as to save you fr
Read More 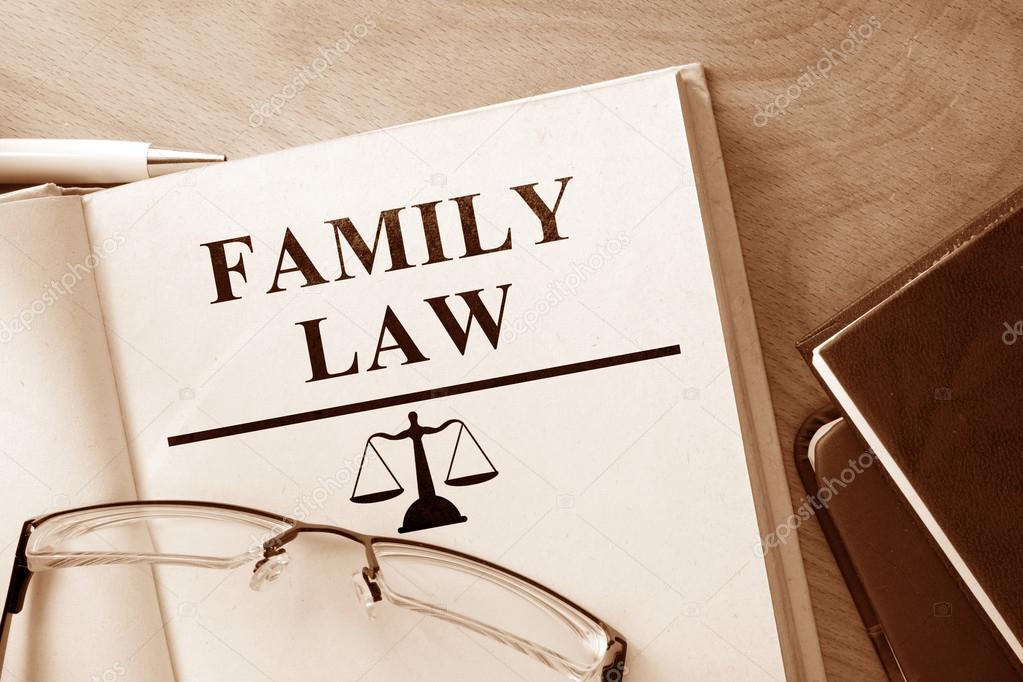 Family law deals with the making, breaking and maintaining of family matters such as inheritance, family relationships such as marriage and its dynamics such as the treatment of children. The Indian law recognizes various Acts created by the Parliament of India which goes hand in hand with the vario
Read More 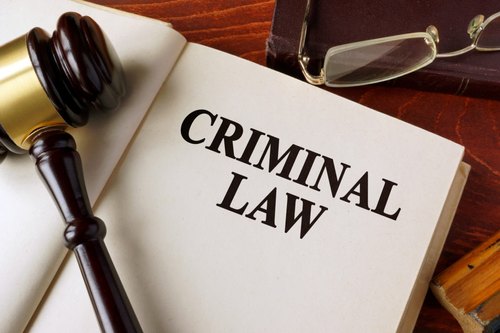 We are specialized in the intricacies of Criminal Law and analyse and research each case thoroughly, based on which negotiate a plea or settlement. Our team has a strong understanding of the law, penal codes, and constitution.
Read More 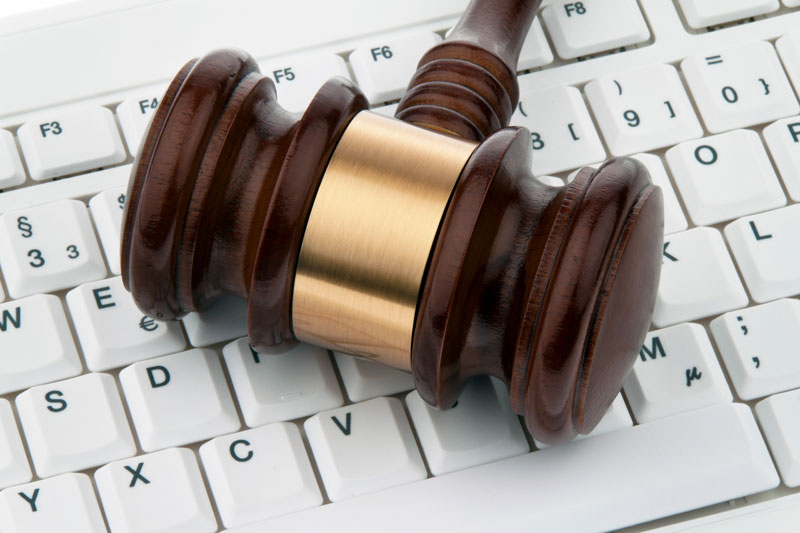 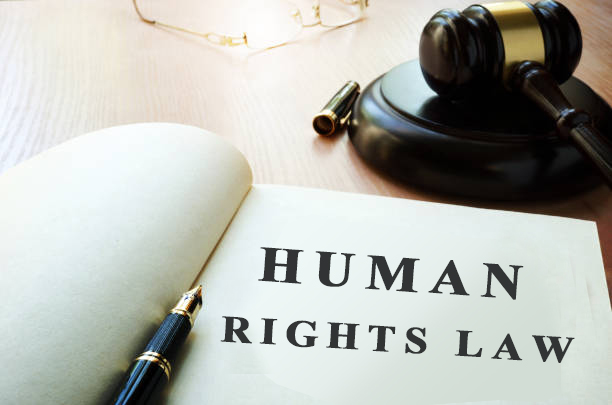 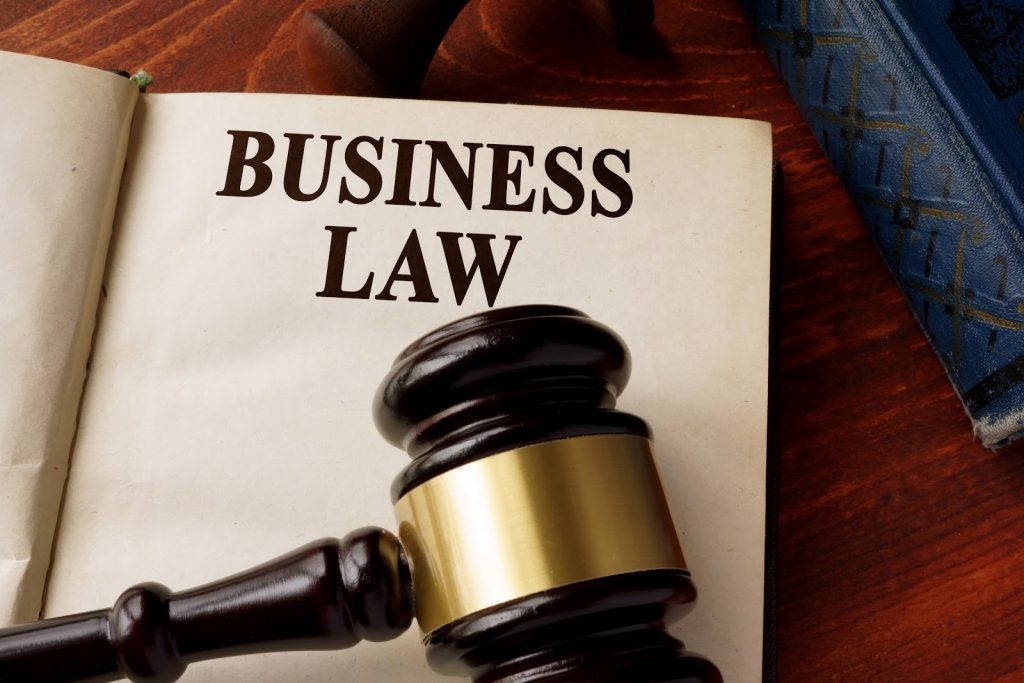 Adv. Shri. V. N. Gopalakrishnan Nair is one of the most accomplished Lawyers in the State of Kerala with his legal practice spanning over a period of 48 years since 1976. He completed his graduation from MG College, Thiruvananthapuram in 1969. From 1970-73 he did his MA in English Literature from Dharam Samaj College, Aligarh. He completed his LLB from Kerala Law Academy Law College in 1976, and later LLM from the prestigious Law College, Thiruvananthapuram. It was no turning back in his glorious career since then with many high level cases won by him and he has been appointed as Special Public Prosecutor in many cases.

Adv. Varun Gopalakrishnan Nair is a young, promising and enterprising Lawyer who is practicing since the past 13 years. He completed his schooling from Bhavan’s Gandhi International School, Kodaikanal, and did his B.A (Hons) LLB from the Kerala Law Academy Law College. He got admission into the prestigious Pondicherry Central University ranking first in the All India Entrance Examination and completed LLM in Corporate and Security Laws as a Rank Holder. Varun has taken the mantle of the responsibility of the firm and its litigation on all legal cases on behalf of the firm.

He completed LLB from Kerala Law Academy. He is our expert in Document verification and Legal opinions

Did his MA from Kerala University and LLB from Kerala Law Academy. He is our expert in Tribunal matters, Rent Control Law and Civil Procedure Code

Mr. Abhilash P. V. is our expert in Intellectual property Right Registration, and he is also a management consultant 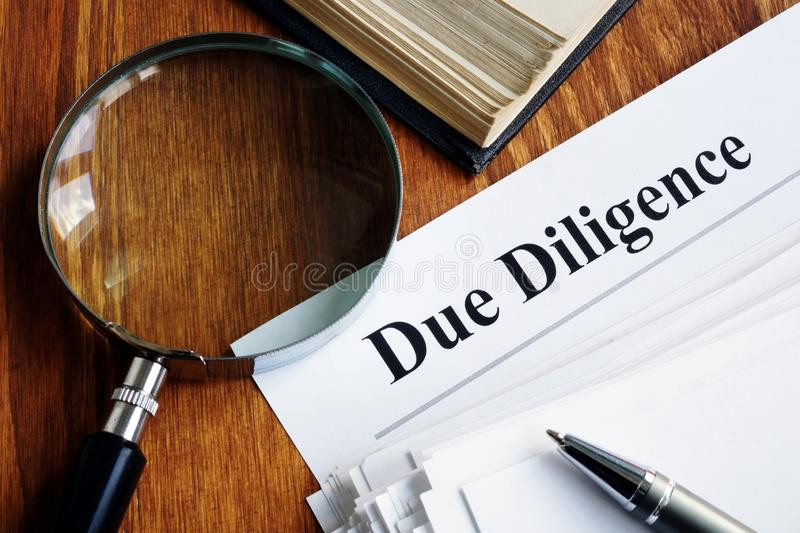 Our area of expertise is to ensure that you will be safe, protected and aware about all the legal implications. We will carry out all the required research before advising you into financial transactions, business agreements, start-ups, registration, selling, buying, or making any similar important decisions. We will ensure that your life will be simple and drama-free.

No one prefers to wade their way through a complex and complicated procedure. It is always easier if someone is instructed to perform something after laying down all the rules and procedures in a step-by-step manner in a simple and understandable language, free from all hassle. This is how our legal experts will assist you in tackling any legal procedures.

We will assess, understand and negate any potential legal risks that may arise out of any situation. The investment or transaction made by you must be beneficial.

Intellectual property due diligence: We will assist you in filling any gaps and problems so that you can create a clear IP map.

Business due diligence: We will ensure that you are prepared with each and every document required for any business transaction.

Accounting due diligence: We will check into the past or pending claims, financial documents, price adjustments, etc.

It is commonly performed in preparation for a merger, acquisition, licensing, or other transaction.

Our obligations also extend to: 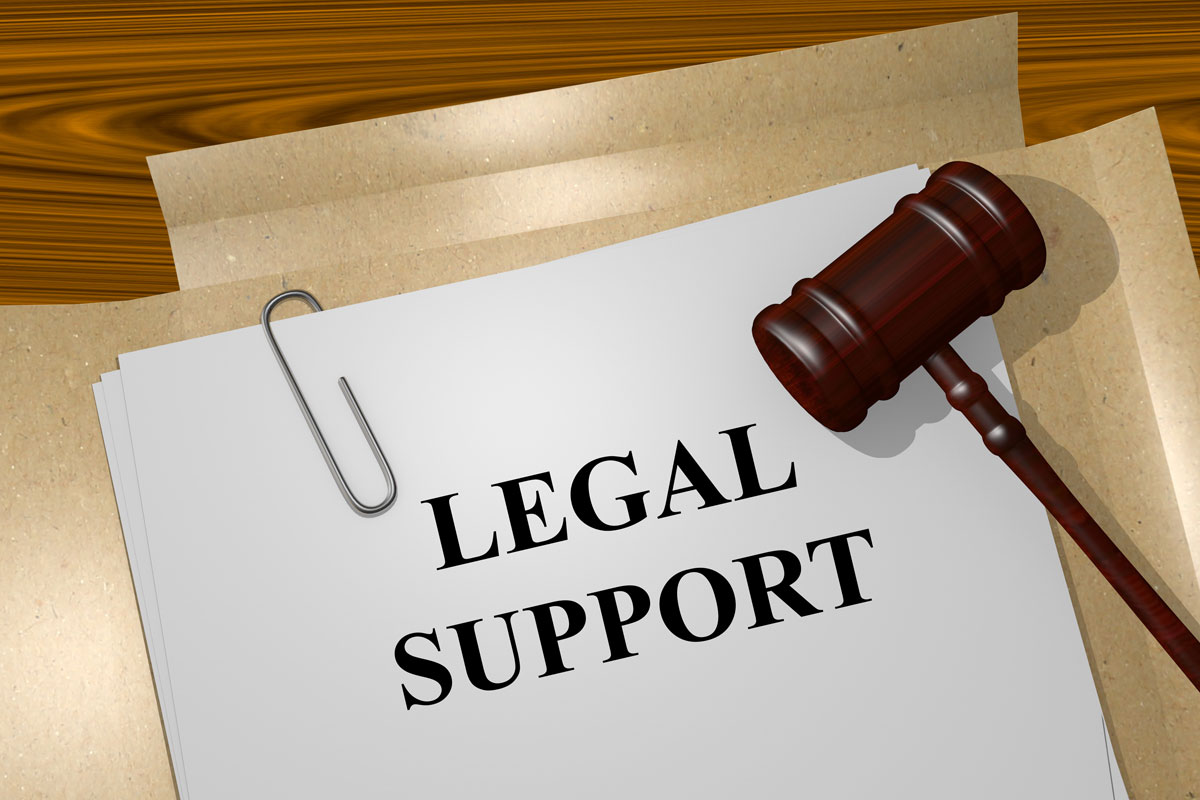 What makes our firm stand apart from other law firms is that our trained and expert lawyers are not only ferocious fighters in the court for your justice, but we are also gentle, empathetic and understanding of any situation you are facing. We understand that you must be facing a plight where the injustice caused is harming your mental health. This is why we will take as much as time required by you to provide care, support and guidance through your legal battle.

Our duty as lawyers is to fight for your right to justice. It becomes our responsibility to ensure that while this path is taken, you stay fully aware about the potential outcomes, how to deal with unexpected situations, how to confidently speak up on your side of the issue and to strive until justice has been served to you on a golden platter.

We offer legal counselling for:

Since certain cases such as domestic violence, motor vehicle accidents, cybercrimes, etc. require extra gentleness, our team of dedicated lawyers will make sure that you are in a safe environment which will help you to openly discuss with us about your issues. Our advocates will strictly maintain the confidentiality of your personal matter and help you achieve the justice you deserve.

We guarantee you that we will offer you with advice, listen to your problems, help you through your emotional state and rightly fight for your cause so that you will remain stress-free. Your emotional well-being is our top priority.

Family issues can have negative impact on children, old aged people and pregnant women, this is why we want to help deal with your family issues, be it regarding divorce, adoption, maintenance, guardianship, inheritance of property disputes, etc.

Throughout our years of practice in the domain of Family Law, we have noticed that more than 50% of the disputes could be dealt with easily without litigation and only with the need of counselling. Sometimes, family disputes can be tackled easily by just clearing misunderstandings and reigning in proper communication between the family members with the help of our empathetic and skilled family lawyers. This will help to conserve your time and money, moreover we will help to strengthen your bond with your family in such a way that such disputes will not arise in the future. However, we will rightfully take a dispute to the court if it cannot be contained within the scope of counselling and use our strategic legal techniques to win justice for you. 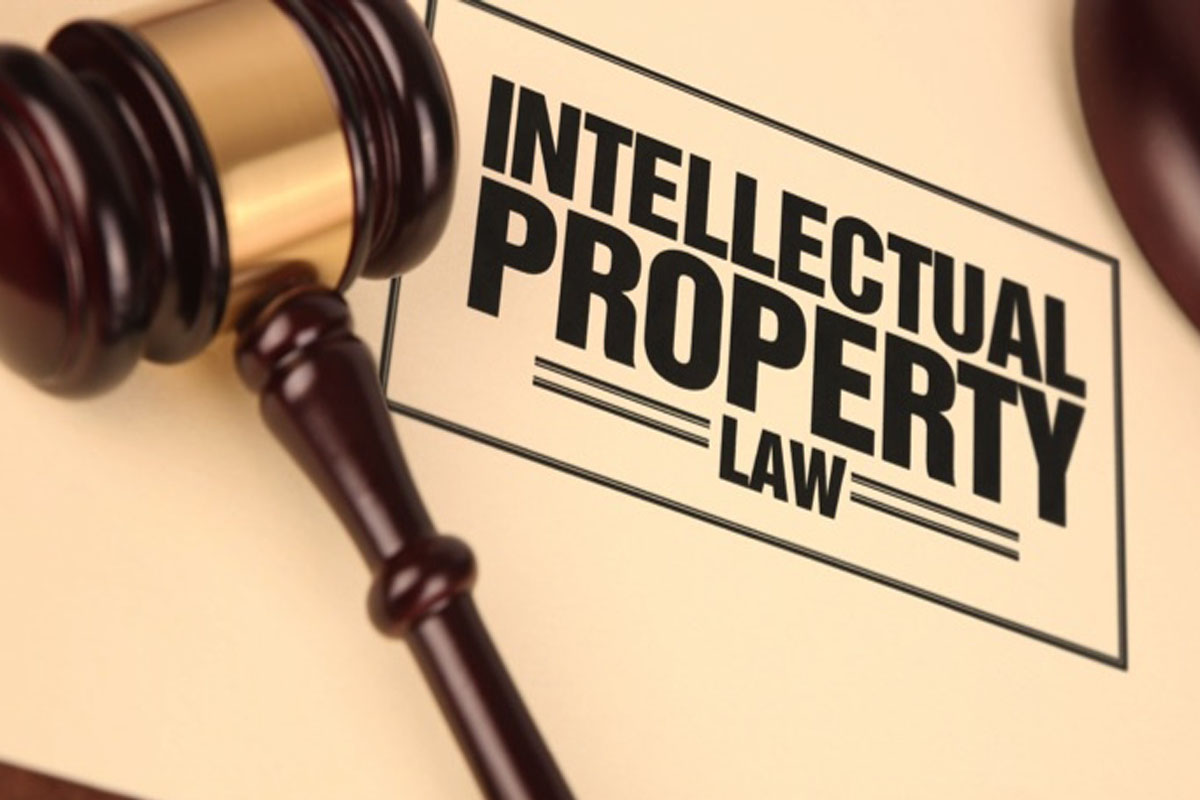 We will help turn your ideas into profits. Let us help to protect your ideas from being stolen by anyone else. To ensure this, we offer you two paths to choose from as per your immediate requirement:

The Path of Litigation

Here, we offer our dynamic expertise of advocates who will cater to your needs to protect your valuable ideas. We design and implement the drafting and prosecution strategies according to the requirement of the clients, and our role in this will be to foresee any upcoming complexity that can be avoided so that the clients can avoid extra time-consumption, litigation or unnecessary payments. This is our guarantee as client satisfaction and protection is out utmost priority.

The following services in IP litigation are provided by us:

The path of registrations

Every idea must be expressed and registered so that no one else can take them away from you. We understand that registration of you IP is in itself a tedious process, and that is why we want to guide you throughout the registration process. What we keep in mind is the client’s time, we wish to minimize litigation procedure as much as possible just so that your time will be saved. In order to turn this into a reality, we will assist you with due-diligence so that every step in the registration process is simplified and quick. We offer registration services for:

We will help you to trademark your logo so that it will not be infringed. You will be left with superior rights over your logo

The Indian laws grant the public with the power of taking up litigation to any court in India regarding disputes which are of public interest. Our team of public litigation lawyers will take upon matters such as environmental degradation, construction hazards, terrorism, maintenance of heritage sites, non-payment of wages, bonded labour, issues faced by the weaker sections of the society, etc.

Hence, through the enforcement of other people’s rights, the society at large will benefit. Our firm aims to help build a society where there is no discrimination, with reduced injustice and more environmental protection.

Our legal experts will assist you to draft and file a PIL petition. We will also advocate for your need as well as for the rights of the society who deserve justice in a progressing world.

Our leading PIL advocates have created landmark judgements at the Supreme Court and are still advocating PIL cases which have the potential to be benchmark verdicts that can benefit the nation at large. Some of these cases are:

This PIL requested the Supreme Court of India to completely curb the unhealthy practice of dedicating minor virgin girls to Uttangi Mala Durga Temple ar Harappanahalli Taluk of Devanagar District, Karnataka where they were then sold to brothels on 13th February every year. This is an outright social injustice, where minor girls are manipulated and sold to brothels for prostitution, in the name of deity pleasing.

The Court was of verdict that such practices must be immediately banned and strong vigilance should be set out on 13th and 14th February every year. The girls would be given counselling and rehabilitation as necessary.

It was contended that with Prevention of Cruelty to Animals (Care and Maintenance of Case Property Animals) Rules, 2017 and with some provisions from PCA (Regulation of Livestock Markets) Rules, 2017, that livestock farmers had to prepare an affidavit when buying or selling their livestock. This was to emphasize that the livestock were not sold for meat. This put severe restriction on the livestock farmers. The PIL petition which sought the removal of these Acts and its provisions was held by the Supreme Court to be enacted.

This landmark judgement has taken an advance step to curb the social evil of dowry practice even though there are existing provisions and Acts to prevent it. The PIL sought to completely eradicate the dowry practice by requesting for the following reliefs:

The Supreme Court has appreciated this PIL and strongly agreed to the above mentioned reliefs and requested the Law Commission of India to create the necessary legislative policies.

We will represent you yet again for various Public Interest Litigation cases and help engineer the society into a better environment.

Internships are great opportunities to experience our work culture. More importantly, you get an opportunity to put your knowledge to work. Since we receive numerous applications, interns will only be admitted based on their level of knowledge.

Do you need legal help or consultance? Contact us now.